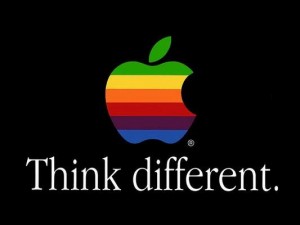 I started off on a Mac when I was 15 (1991) and fell in love with Apple’s GUI and all that was Apple. I started designing and experimenting with my Apple and always felt like a trend setter with my Mac. When I started my company, Spunlogic, in 1998, I traveled around the world designing websites on my MacBook Pro; unfortunately, what I was designing and coding always looked different on a PC (Browser hell back in the day). Anyway my co-founder and I decided to switch the agency to PC’s (January 2000), mainly because they where cheaper and it simplified things when designing and developing as a team back then.

I got used to a PC and continued using one and forgot the days of Apple for several years. During that period Apple also lost it’s mojo, at least in my opinion.

Anyway, I sold my agency in 2008, and the option of having an Apple reopened for me as the new agency used Mac’s. For a while I stuck to my PC, mainly because I was so used to it and thought I’d have to relearn everything again. By now I’d already fallen in love with the iPhone and had to have it. Soon after seeing the MacBook Air, I waited for the next major upgrade in 2010 and went ahead with the switch. I was an Apple guy again and felt like I did when I was 15, a trend setter with the coolest tech in my hands.

Over the years, I’ve bought every Apple product introduced (iPad, Apple TV, Nano, etc.) and upgraded iPhone and MacBook Air as soon as it was released. I can’t imagine using anything different, I’m so used to it all. I just ordered the new MacBook Air  and will be waiting for the release of the next iPhone or Apple TV later in the year to get my hands on them.

I realized that all I consider is the next Apple product or upgrade, I’ve closed my mind to any other smart phone, laptop, tablet, etc. Most of my digital content (entertainment, games, music, books, etc.) all live with my Apple ID (iTunes, iCloud, etc.). Moving to something else, regardless of how cool, just seems too much of a pain. Apple has done a great job of trapping me and I don’t seem to mind, in-fact I enjoy the Apple eco-system.

I wonder what it would take to break me away from Apple?

This site uses Akismet to reduce spam. Learn how your comment data is processed.